Indian Railway rule has changed. The rule of overnight sleeping in train has changed, check the new railway guidelines immediately or else… 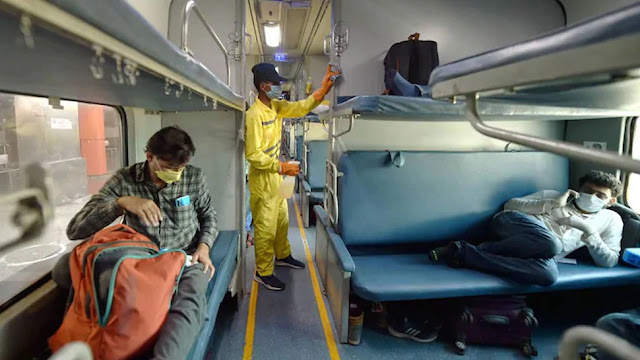 Indian Railways. Apart from listening to music on mobile phones, the railways has also received many complaints about people sitting in groups and talking loudly in trains.

Indian Railways. There are many things to keep in mind when traveling by train now. Even a small mistake can land you in big trouble. In fact, Indian Railways has made a major change in the rules keeping in mind the comfort of the passengers. This should be generally known to all passengers traveling by train. The latest change in the railway is related to passengers traveling at night.
As per the new Railway rules, now no passenger in your seat, compartment or coach can talk on mobile phone or listen to loud music. Railways have issued new guidelines to ensure that passengers do not have any sleep disturbance and can sleep peacefully during the journey.
According to media reports, many passengers often complained that those traveling together in the carriage were talking loudly on the phone or listening to music late into the night. There were also complaints from some passengers about loud talking by railway conductors or service staff. Besides, many passengers turn on the lights even after 10 pm, so their sleep is disturbed. Considering this, the Railways has adopted a new rule. In such a situation, action will be taken against any passenger who does not follow the rules.
Find out what the new rules are
The Railway Board has decided that if you talk quickly on a mobile phone after 10 pm while traveling in a train, strict action will be taken. According to the new rules, passengers can neither speak loudly nor listen to music while traveling at night. If any passenger complains, it should be resolved by the train staff.