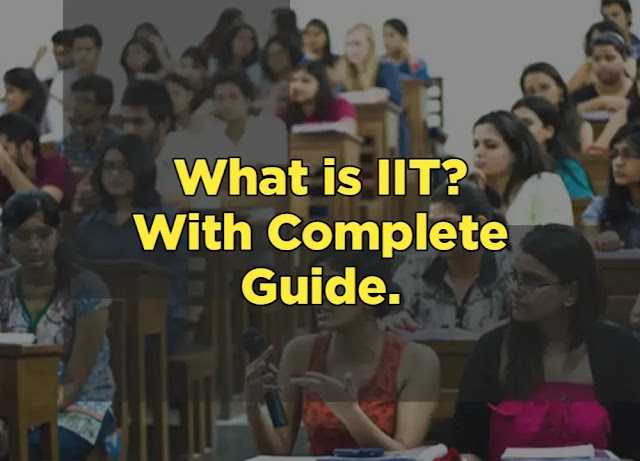 Almost all students and parents have heard the name of IIT, but many do not have complete knowledge about IIT, what is IIT and how to do IIT  ? Through this article, you will know the complete form of IIT and complete information related to it.

IIT  is the place where 11th 12th studying students want to go after passing 10th, but due to lack of proper guidance and information many students don't know about institutions like IIT even after completing 12th.

Through this post, you will get answers to all questions like eligibility to go to  IIT and how to get admission in IIT college .

The full form of IIT is Indian Institute of Technology.

IITs are one of the most prestigious institutions not only in India but also in the world. Many high-level scientists, researchers, technicians and engineers of the country and abroad emerged through these institutions.

The first IIT institute in India was IIT, Kharagpur which was established in 1951 by the Government of India. Currently India has a total of 23 IITs located in different states and parts of the country. Lakhs of students study in these institutions.

When it comes to engineering, the name of IITs comes first because it is the most prestigious institute in India and millions of skilled and capable engineers emerge from these institutes who work in big companies like Google, Microsoft and Facebook.

Generally, admission to IITs is taken after 3rd class. Two entrance exams are required for admission in these institutes. These exams are also called as one of the toughest exams in the world.

How to do IIT

To get admission in IIT colleges, students must first clear G Main.

IIT colleges have different courses which are called 'branches'. Such as civil engineering, software engineering, mechanical, computer science branches etc. Students who get higher ranks are promoted for B.Tech like Software Engineering whereas lower ranked students are supposed to study branches like Mechanical, Civil.

What is JEE Mains?

The full form of JEE is Joint Entrance Examination .

JEE Mains is a national level entrance exam required for admission to undergraduate engineering courses like BTech and BE in NITs, IIITs and CFTI colleges.

JEE Main exam 2022 is organized twice a year by NTA (National Testing Agency). This exam will be held in June and July. It is in computer based mode. JEE Main is conducted in 13 languages which are English, Hindi, Assamese, Bengali, Gujarati, Kannada, Marathi, Malayalam, Oriya, Punjabi, Tamil, Telugu and Urdu.

Note that passing JEE Main exam does not get admission in IITs because to get into IITs one has to take JEE Advance exam after JEE Main.

JEE Main consists of two papers: one for B.Tech admission and the other for B.Arch admission. Most of the students give JEE Mains only for B.Tech.

In some states, JEE Main exam is required for admission in state engineering colleges, but confirm with the state authority for this.

JEE Advanced is the exam after JEE Mains for admission in IITs.

It is organized every year by one of the seven IITs, including IIT Kharagpur, IIT Kanpur, IIT Madras, IIT Delhi, IIT Bombay, IIT Guwahati and Indian Institute of Science (IISc) Bangalore. This exam is conducted under the supervision of Joint Admission Board (JAB).

When to start preparing for IIT

If you really want to get into IIT i.e. do IIT then the best time to start preparing for it is after 10th i.e. 11th standard.

Almost all students going to IITs start preparing for the IIT entrance exam after completing 10th standard. These students join any coaching institute and do 11th, 12th together.

IIT aspirants must have 12th pass from science stream.

Note that Physics and Mathematics are compulsory in Class XII and Chemistry or Biotechnology as third subject. Besides, 75% in 12th is required to get into IITs. There is also provision of relaxation in % for SC, ST

Update : Due to the current situation, all students who clear JEE-Advanced will get admission in IITs. No minimum marks required in 12th.

This test is considered very difficult. It contains questions from Physics, Chemistry and Mathematics.

The exam pattern of IITs is as follows: 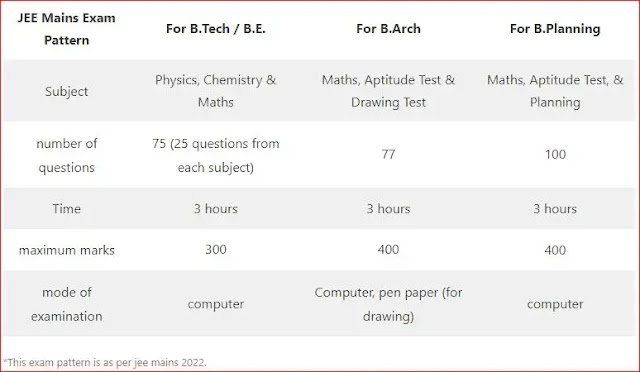 What is the fee of IIT?

Difference between IIT and NIT

What is IIT Jam?

How many IIT colleges are there in India?