How to Create Multiple Upi ID in Google Pay?

The use of online payments among Indians has grown exponentially in the last few years. UPI is an important online payment method. PhonePe, Google Pay etc are widely used. Today we will tell you how to add more or more UPI ID in Google Pay. 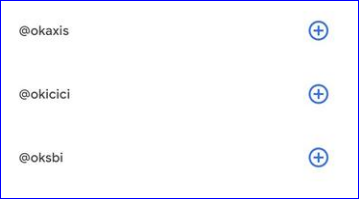 Since the launch of UPI i.e. Unified Payments Interface in Digital India in 2016, India has seen a huge growth in digital payments.

According to the latest data released by the National Payments Corporation of India (NPCI), the total number of transactions in India was over 6,579 million. In the year August 2022, this figure was 10 lakh crores and in July this figure increased to 11 lakh crores.

Traditionally, customers in India have a single UPI ID linked to multiple bank accounts to facilitate faster transactions. Interestingly, users in India can add up to four UPI IDs for their bank accounts.

All these UPI IDs can be linked to a single bank account. This helps in reducing the delay or default in payment. It also helps improve payment success rates by routing a user's transaction through a single server.

How to create additional / multiple UPI IDs in Google Pay?

Google's UPI based payment platform i.e. Google Pay allows users to create their UPI ID with payment service banks like SBI, HDFC Bank, Axis Bank and ICCI Bank. So, if you want to create another UPI ID on Google Pay, you can follow these steps.

How to create additional UPI ID in Google Pay?

In this way you can easily create additional UPI ID in Google Pay app. whatever 1234567890@ybl you can use words instead of numbers.

How to get UPI ID in Google Pay?

It is possible that you have created many upi id and I do not remember you, then you can search upi id on google pay, for this follow the steps given below.

If you liked this information, share it with your friends on social networks, thanks.

Why can't I post videos on Zalo? See how to fix it now